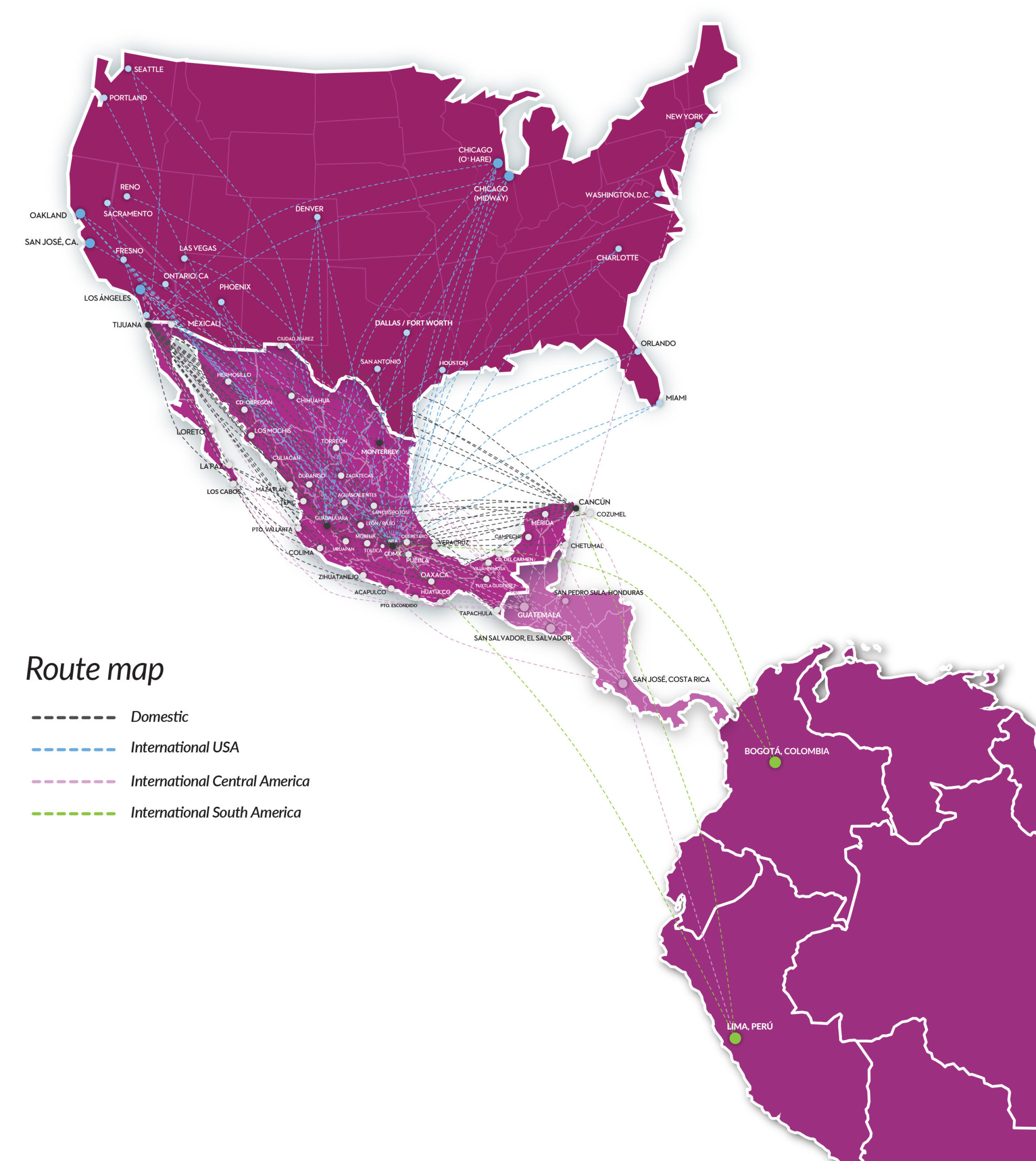 Nothing is more important than the safety and security of our customers and Ambassadors; it is our top priority.

We create new experiences that make a difference; by knowing how to listen, propose solutions, solve efficiently, creatively, and with an excellent attitude to the needs of our internal and external customers.

The lowest cost always wins. Our goal is to grow steadily and maximize profits on a sustained basis. Fulfilling the above guarantees the growth of the Volaris Family.

*By OAG and Airline Ratings. (OTP: On Time Performance)