(1) Each ADS represents ten CPOs and each CPO represents a financial interest in one Series A share. Non-Mexican investors in the ADSs may not directly hold the underlying Series A shares, but may hold them only indirectly through CPOs issued and released by a Mexican bank as trustee under the CPO trust or ADSs evidencing CPOs.

(2) Volaris does not have a control group. 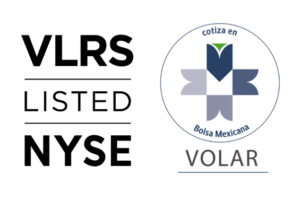